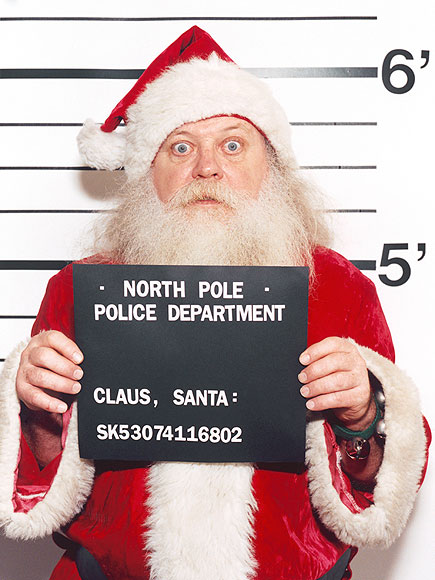 Around the holidays, a lot of people bake cookies for their neighbors. It’s supposed to be a nice, friendly gesture. But boy, can it backfire! Teenagers Taylor Ostergaard and Lindsey Zellitti learned that lesson the hard way when they anonymously left a plate of cookies at Wanita Young’s house. Their late night cookie drop scared the crap out of Wanita. She was so shaken that she went to the hospital the next day, suffering from what appeared to be a heart attack.

Then Brandi tells us about the time Santa robbed a bank. The robbery took place on December 23, 1927, in Cisco, Texas. A man dressed as Santa Claus entered First National Bank. His armed accomplices followed. Together, the men terrorized the customers and emptied the bank’s safe. Afterward, Santa and his gang took off. What followed was the largest manhunt Texas has ever seen.

In this episode, Kristin pulled from:
The book, “The Party of the First Part: The Curious World of Legalese,” by Adam Freedman
“Family says they are under attack in cookie caper,” Associated Press
“Nation rallies around girls sued by neighbor over late-night cookies,” East Bay Times
“Teens sued for cookie delivery to neighbor,” ABC News