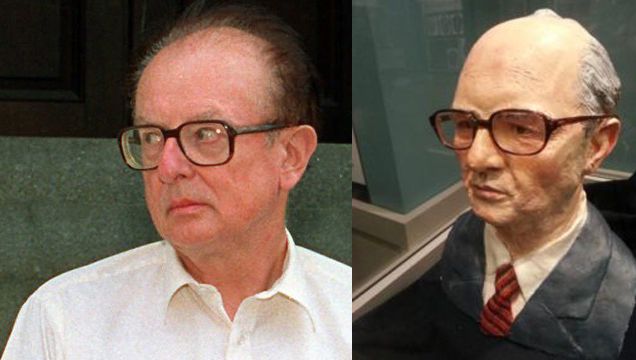 Episode 18: The Family Annihilator & Is This Love? Explicit

Kristin kicks things off with the story of tenured Rutgers University ethics professor Anna Stubblefield. A few years ago, Anna began working with a physically and mentally disabled man. Thanks to a mostly discredited technique called facilitated communication, Anna uncovered what no other professional had ever considered — that although DJ’s body was disabled, his mind was not. The two eventually fell in love.

But were they really in love? And was DJ’s mind truly functioning at a high level? Did facilitated communication give DJ his voice, or was it Anna talking all along?

Then Brandi tells us the story of family annihilator John List. John appeared to have it all — a sprawling mansion, a great job, and a beautiful family. But when John lost his job, he spiraled. Rather than tell his family about their new financial reality, John murdered his wife, his three children, and his mother. John meticulously planned their murders and his escape. He got away with the crimes for 18 years, but John’s luck ran dry when he was featured in an early episode of America’s Most Wanted.