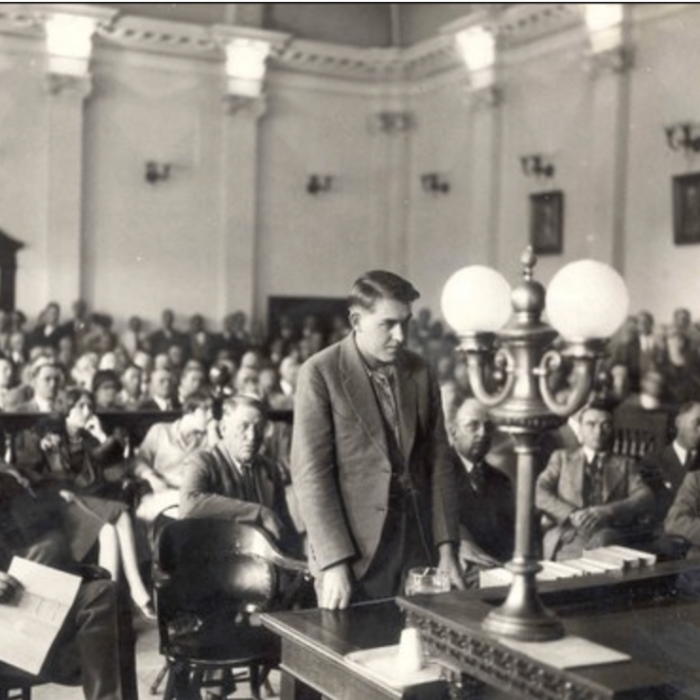 Episode 20: The Case of the Missing Pants & the Chicken Coop Murders Explicit

When Roy Pearson landed a new job as a judge, he knew he’d have to wear suits to work. But his budget was tight — and so were his pants. Rather than buy a new wardrobe, he took all of his dress pants to Custom Cleaners for alterations. But when he came back to the store a while later to pick up his pants, Roy made a shocking discovery. Custom Cleaners had lost his pants! So he did what any logical human would do. He sued them for $67 million.

Then Brandi tells us about the disappearance of nine-year-old Walter Collins. His disappearance had all of Los Angeles speculating. Was he kidnapped? Did he run away? Surely he wasn’t being used for ransom — his parents didn’t have much money. Maybe whoever took him wanted revenge on his incarcerated father. Five months later, police found Walter in Illinois. But when Walter and his mother were reunited, she knew he wasn’t her boy. Police advised her to take him home and “try him out for a couple of weeks,” so she did. The story gets even more odd from there.

In this episode, Kristin pulled from:
“Judge in pants lawsuit sues to get job back,” CNN
Pearson v. Chung appellate court decision
“Wearing Down the Judicial System With a Pair of Pants,” Washington Post
“54 million dollars lawsuit against South Korean dry cleaner over pair of trousers is in full swing,” Associated Press