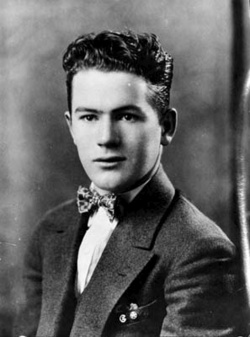 Brandi starts us off with a story that’ll have you giving the side-eye to good looking white guys everywhere. This horrible crime began when a well-dressed, charming man walked into a Los Angeles high school and politely informed the school’s registrar that he needed to speak with a wealthy banker’s daughter. It only took a little persuasion for him to walk out of the school with 12-year-old Marion Parker. Soon, Parker’s family received ransom notes from a man who identified himself as “the fox.” He promised to return the girl alive — as long as the Parkers did as they were told.

Then Kristin tells us about the longest and most expensive criminal trial in American history. It all started when a mother suspected that her toddler had been molested at daycare. Police immediately took action. They sent letters to the hundreds of parents whose children attended the daycare. Police indicated that the children at McMartin Preschool could have witnessed or been victims of a number of traumatic experiences, including child pornography, sodomy, and oral sex. The parents were horrified. A social worker interviewed 400 of the children. In the end, she found that nearly all of them had been abused. But did she really uncover abuse? Or were her interview methods lkjflawed? Had anything actually happened at McMartin Preschool?

In this episode, Brandi pulled from:
“Aggie and The Fox” by Joan Renner, DerrangedLACrimes.com
“Girl’s Grisly Killing Had City Residents Up in Arms” by Cecilia Rasmussen, Los Angeles Times
“The Murder of Marion Parker” by Mark Gribben, murderpedia.org
“Edgar Rice Burroughs Reports on the Notorious 1928 Hickman Trial” erbzine.com