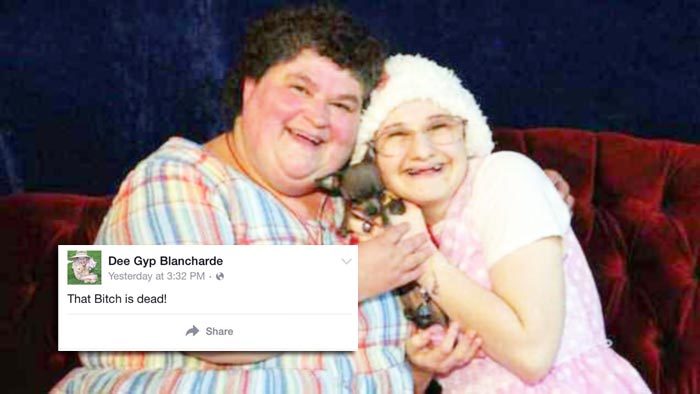 In Gypsy Blanchard’s world, nothing is as it seems. For years, people saw her as a sickly girl plagued by medical issues. She was wheelchair bound. She suffered from mental delays. She had trouble breathing. Her life was marked by constant doctor visits and too-frequent surgeries. All the while, her doting mother Dee Dee was by her side. Then one day, someone updated the status on Dee Dee and Gypsy’s shared Facebook account. They wrote, “that bitch is dead.” Friends and neighbors were in for the surprise of their lives.

Then Brandi tells us about four murders at a Chinese hostel. When police arrived at the crime scene in 1995, they had little to go on. The murders were as random as they were brutal. The few leads police developed were vague at best. The case went cold for nearly 20 years. Years later, with the help of DNA testing, investigators took another look at the crime scene. Their discovery led them to a surprising suspect.