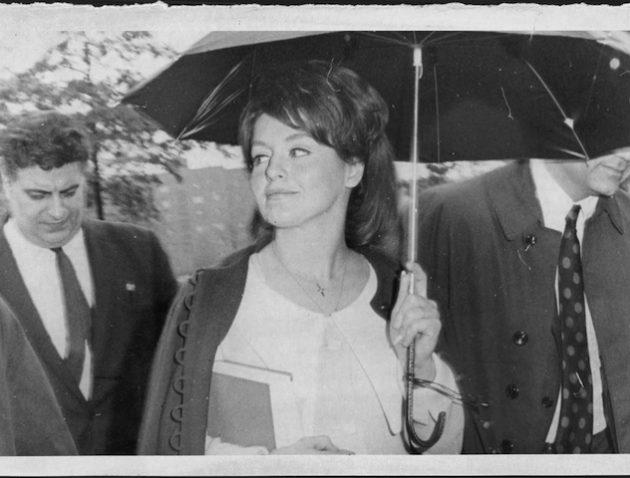 When Lizzie Borden’s dad and stepmom were brutally murdered in their Massachusetts home, people were stunned. The wealthy couple had been mercilessly hacked to death. But who could have done it? Police had their immediate suspicions — surely this heinous crime was carried out by a male intruder. But in the aftermath of the crime, people weren’t so sure. The slain couple’s 33-year-old daughter was acting weird. Could she have been the violent perpetrator? Police thought so, and so did the district attorney. Lizzie Borden’s eventual trial captivated the nation.

Then Brandi tells us the infuriating story of Alice Crimmins, a woman whose young children went missing one night in 1965. Police suspected the beautiful, perfectly coiffed mother immediately. She didn’t fit their grieving mother narrative. She was well dressed. Her hair was expertly teased and sprayed. Her makeup? Impeccable. Oh, and another thing — she liked to have sex. Police hounded her for years, and despite little to no evidence pointing her way, Alice was brought to trial.

In this episode, Brandi pulled from:
“The Alice Crimmins Case” by Denise Noe, crimelibrary.com
“Alice Crimmins” murderpedia.org
“‘Why Can’t You Behave?’: Revisiting the Case of Alice Crimmins” by Sarah Weinman, Hazlitt Magazine