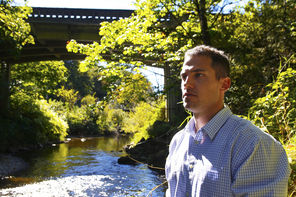 Paul Kruse had an irresistible sales pitch. He told his investment clients that their principal investment would be totally safe. They could expect annual returns between 10 and 15 percent. In other words, watch your money grow, risk free. Sounds great, right? If only it’d been true. Paul’s scheme robbed people of their life’s savings, but his plan ground to a halt when his assistant, Amy Weatherford, got suspicious. The feds had plenty on Paul, but he didn’t go down easy. From the comfort of his prison cell, he hatched a violent plan that would make him a free man.

Then Brandi tells us the story of Anthony Curcio. Anthony has always been smart. He’s always been a planner. But he hasn’t always used those skills for good. In 2008, Anthony had an expensive drug habit and a busted real estate business. He needed a lot of money, and he knew just where to get it. Over the course of several months, Anthony made a meticulously detailed plan to rob a Brink’s armored car. His plan was so thought-through, it’s hard to believe he got caught.

In this episode, Kristin pulled from:
American Greed, “A Mother’s Costly Revenge”
“Greed Report: How to blow the whistle on your boss– and live to tell about it,” CNBC.com
“Jacksonville con man who tried to hire hitman sentenced to 30 years in prison,” The Florida Times-Union

In this episode, Brandi pulled from:
“Out of Prison, Real-Life Thomas Crown Looks Back on Almost-Perfect Heist” by Brooke Stangeland, ABC News
“How an Idaho football player became a bank robber” by Martin Rogers, USA Today
“6-year sentence in robbery with getaway inner tube” by Ian Ith, The Seattle Times
“Anthony Curcio” wikipedia.org