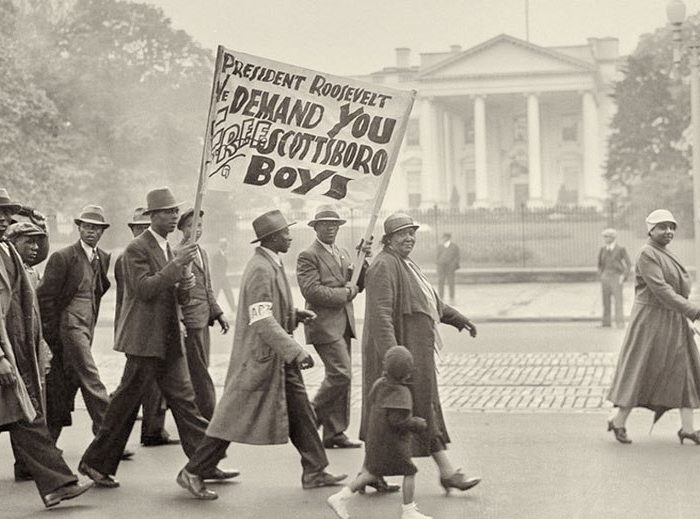 Episode 36: The Scottsboro Boys & the Dangers of Cheerleading in Texas Explicit

Kristin starts us off with one of the trials of the Scottsboro Boys, a group of nine African American boys and young men who were accused of gang raping two white women in 1931. Their cases are infuriating and upsetting. The Scottsboro Boys were nearly lynched before their trials. At every turn, the justice system was unjust — so unjust that outside groups stepped in to help the young men.

Then Brandi lightens things up with a story about the dangers of high school cheerleading. Wanda Holloway always wanted to be a cheerleader, but her dad wouldn’t let her. So when Wanda gave birth to her daughter Shanna, she knew exactly what Shanna would grow up to be — a cheerleader! But when it looked like another girl might take Shanna’s spot on the squad, Wanda did what any concerned parent would do. She hired a hitman.