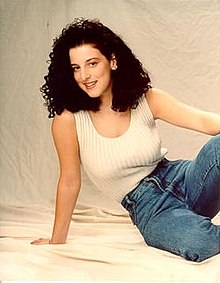 Chandra Levy had her life together. She was an intern at the Federal Bureau of Prisons and was just a few days shy of graduating with a master’s degree in public administration. She had dreams of working for the FBI. Maybe the CIA. So when she suddenly went missing in early May of 2001, her parents were alarmed. Their alarm swelled when they learned that Chandra’d been having an affair with Congressman Gary Condit. Was Condit to blame for Chandra’s disappearance? Had he done something to her? Despite a damn good alibi, suspicion enveloped Condit.

In the winter of 2000, two men terrorized Wichita, Kansas. Over a short period, their random crimes escalated. First they robbed a man. Then they shot a woman. Then, they raped and terrorized a group of five, twenty-something friends. The men murdered four of the five friends. The lone survivor lived through the ordeal when the killers’ bullet deflected off her barrette. She played dead, then sought help. Ultimately, her testimony helped put the men behind bars.