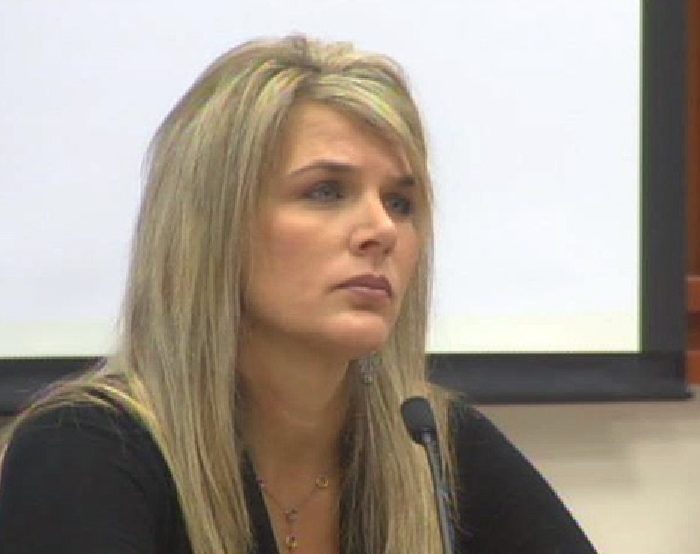 The day has arrived. Kristin’s dad Daryl Pitts, a.k.a. DP, *cringe* is on the podcast! Our theme this week is cheaters, because what could be more fun to discuss with your father?

Brandi starts us off with yet another brutal attack in Olathe, Kansas. Late at night on February 28, 1982, Melinda Harmon ran to her neighbors for help. She told them that two masked men had just broken into her home. They’d killed her husband David right in front of her. Police rushed to the scene, but the evidence didn’t match Melinda’s story.

Then Daryl tells us about a strange night in March of 2011, when Kandi Hall called police to report that two men were shot in a Walgreens parking lot. One was her husband; the other was her boss and lover. Kandi’s husband Rob survived, but Emmett Corrigan wasn’t so lucky.

Then Kristin tells us about Leon Jacob, a greasy-haired guy who fancied himself a bit of a ladies man. His charm worked on recently divorced veterinarian Valerie McDaniel. The couple quickly moved in together. Together, they plotted to murder their exes.

In this episode, Kristin pulled from:
“Toxic Love” episode of 20/20
“What happened in bizarre murder-for-hire plot that led to veterinarian’s suicide, her boyfriend in prison,” ABC News

In this episode, Brandi pulled from:
“A Knock on the Door” episode 48 Hours
“Conspiracy To Kill” by Richard Jerome, People Magazine
“Police Catch Woman and Her Young Paramour 20 Years After They Beat Husband To Death So They Could Be Together” by Benjamin H. Smith, oxygen.com
“In a Limbo of Another Kind” by Marek Fuchs, The New York Times
“Killer in infamous Olathe love triangle case soon will go free” by Tony Rizzo, The Kansas City Star

In this episode, Daryl pulled from:
“Deadly Desire” episode of Dateline
An episode of Dr Phil
“Dr. Phil Show does not provide healing for Ashlee Birk,” by Maggie O’Mara for USA Today
“Woman’s affair with her boss leads to deadly parking lot confrontation,” by Jason Mattera for True Crime Daily
Articles for Idahonews.com
Articles in the Idaho Statesman by Cynthia Sewell