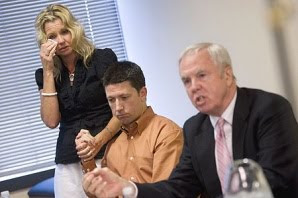 Brandi’s story will blow your mind. It starts with a dead body that has been chopped to pieces, bagged, and dropped along a rural Michigan road. If you can believe it, the story gets even weirder from there. The less you know about this one, the better.

Then Kristin tells the story of an Arizona family whose innocent bath time photos were mistaken for child pornography. The parents were put on the sex offender registry. Their children were removed from their home. At the end of that nightmare, they felt their civil rights had been violated. So they took their case to court. Get ready to feel sorry for everyone involved.

In this episode, Kristin pulled from:
“Couple’s three girls were taken away after Walmart reported innocent bath time photos,” The Washington Post
The United States Court of Appeals Opinion on this case
An ABC News interview with Lisa and Anthony Demaree