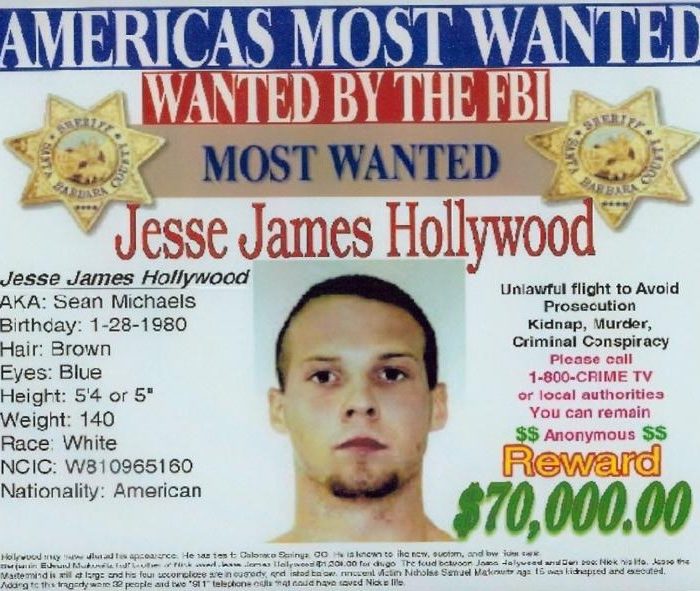 Jesse James Hollywood was a suburban Los Angeles pot dealer. At just 20 years old, he owned his own home, pulled in a grand a week, and had a couple of his old little league friends to sell his drugs and do his bidding. Jesse thought he was hot shit. So when one of his henchmen refused to fall in line, Jesse decided to send him a message. He kidnapped the man’s 15-year-old brother, Nicholas Markowitz, and later learned from a family lawyer that the justice system doesn’t go easy on kidnappers. What Jesse did next landed him on the FBI’s Most Wanted List.

Then Kristin really bums us out with the story of Andrea Yates, a deeply troubled Texas mother who drowned her five children in her bathtub. Andrea’s story shocked and disturbed the nation, but it also raised important questions about Andrea’s mental state. By the time she murdered her children, she’d been hospitalized, she’d attempted suicide, she’d withheld food from her children, and she’d been prescribed antipsychotic drugs. Both the prosecution and the defense agreed that Andrea was mentally ill, but would the jury find her not guilty by reason of insanity?