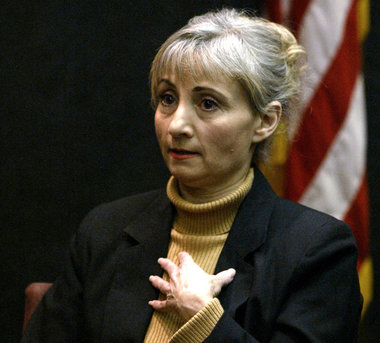 Nancy and Bob Seaman had a long and unhappy marriage. They got married in 1973, and by 2004, they were sleeping in different areas of the house and communicating exclusively through angry post-it notes. It looked like they were heading for divorce. But then Bob went missing. It didn’t take long for police to discover his body in the back of Nancy’s Ford Explorer. There’s no question that Nancy murdered Bob, but that’s where the certainty ends. Nancy claimed he’d been abusive for the entirety of their marriage. The couple’s youngest son, Greg, backed her up. But their oldest son, Jeff didn’t. Who was the jury to believe? Was Nancy a cold-blooded killer? Or was she an abused spouse who lashed out in self defense?

Elizabeth Freeman was one hell of a woman. She was born into slavery in the mid-1700s. But thanks to a lot of gumption, the newly created Massachusetts Constitution, and a kick ass legal team, Elizabeth became the first enslaved woman to successfully sue for her freedom. Her lawyers argued that Massachusetts’ new constitution, which championed freedom and equality, effectively abolished slavery. Just nine years after her lawsuit, the federal census recorded no slaves living in Massachusetts.