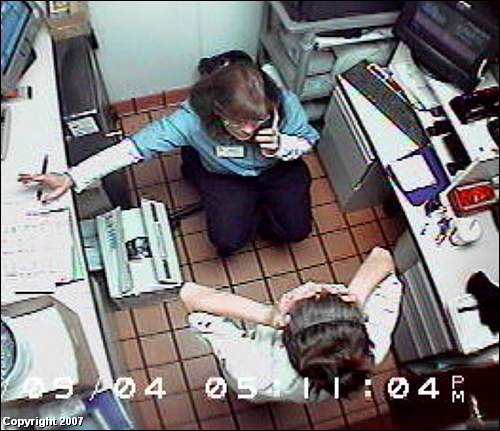 Scott Falater killed his wife — that much we know is true. He stabbed Yarmila dozens of times, then held her underwater. Afterward, he hid the murder weapon and his bloody clothes. When police arrived on the scene, Scott was dazed. He said he wasn’t sure what had happened. He didn’t remember a thing. He would never have chosen to kill his wife. So he must have committed the murder while he was sleepwalking. Right?

Then Kristin tells us about a phone call that a self-proclaimed police officer made to a McDonalds in Mount Washington, Kentucky. A man who called himself “Officer Scott” told assistant manager Donna Summers that he was investigating a theft. A McDonald’s employee had stolen a customer’s purse. He described the suspect, and Donna offered a name. It had to be Louise Ogborn, the 18-year-old high school senior. Donna brought Louise into the office and followed Officer Scott’s increasingly odd instructions.