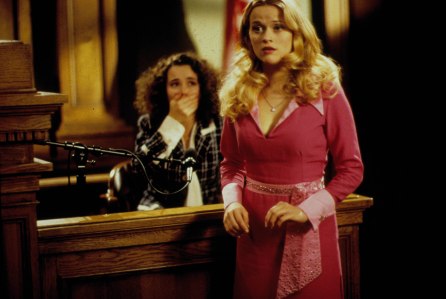 Brooke Taylor was the head of a fitness empire. She was completely gifted. She could make you lose three pounds in one class. But her perfect world shattered when she found her beloved husband Hayworth Windham shot dead. Everyone thought Brooke was guilty — everyone except a bright eyed first-year law student named Elle Woods.

When two young New Yorkers stopped at the Sac-o-Suds convenience store in rural Alabama, the last thing they wanted was trouble. But when the store clerk was shot dead, the pair became suspects. Thanks to a gigantic misunderstanding, Bill Gambini and Stan Rothenstein found themselves arrested for murder. They turned to Bill’s cousin Vinny for legal counsel.

And now for a note about our process. For this special April Fools day episode, we chose fake court cases from our favorite movies. We hope you enjoyed it!