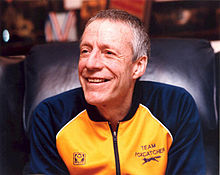 Curtis Brooner loved Burger King. In fact, he ate there almost every day. So it’s no surprise that on December 15, 2018, Curtis popped into Burger King for a quick bite. But before he left the restaurant, he went to the bathroom. Big mistake.

Then Brandi tells us about John du Pont. John was an heir to the du Pont family fortune. He had plenty of money, but hardly any friends. Over time, he developed a passion for wrestling. He created a wrestling facility at his home, and became a sponsor for USA Wrestling. John had always been eccentric, but as years passed, his behavior became more and more concerning.