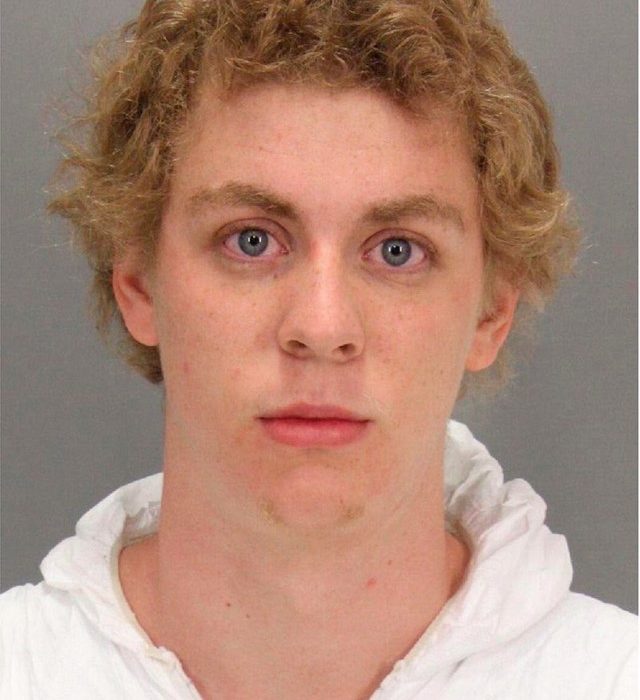 Episode 73: Brock Turner & The Boy Who Thought He Pulled Off the Perfect Murder Explicit

We’re launching a Patreon! You can support the show by joining the district, appellate, or the SUPREME COURT! Either, way, we guarantee you’ll be as happy as a juvenile bigfoot prancing through the woods.

Now back to our regularly scheduled programming: Shirley Kopitske was concerned. It had been days since she’d heard from her adult son, Glenn. When she drove to his house to check on him, she discovered a horrifying scene. Glenn was dead, and had been for some time. An investigation would reveal that he’d been shot and stabbed. Initially, investigators weren’t sure who would commit such a heinous crime. But months went by, and a bold, unashamed suspect emerged. He blabbed his motive all over town. But when his trial rolled around, he changed his tune.

Then, Emily Doe woke up in a hospital room with pine needles in her hair and blood on her hands and elbows. She had bruises on her body. Her underwear was missing. She remembered going to a party at Stanford University with her sister the night before, but after that, her memory went blank. Weeks later, she was at work when she came across an article about her attack. She learned that two Swedish exchange students were biking through campus when they spotted a man and woman behind a dumpster. It didn’t take them long to realize that the man was thrusting on top of an unconscious woman. They yelled at him. He ran, but they caught him and pinned him to the ground. Emily’s attacker was 19-year-old Brock Turner.

And since this is apparently sooo important, you should probably know that he was a great swimmer.