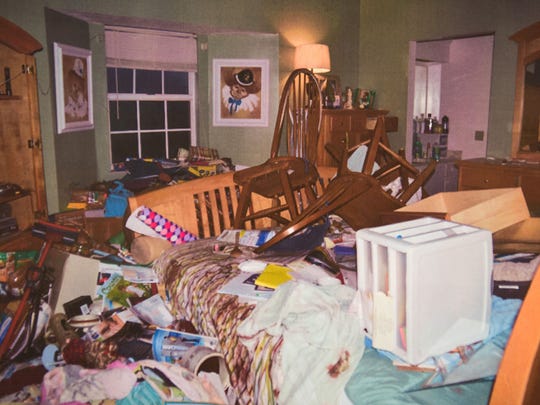 Amy Anderton was concerned. Her boyfriend, Logan Storm, *seemed* like a good guy. He was a middle school math teacher. He talked a lot about trust and positivity. But something seemed off. So one day, when Logan left for work, Amy snooped through Logan’s stuff. That’s when she came across a thumbdrive. She plugged it into her computer, opened it, and was horrified by what she saw — hundreds of images of child pornography.

Then, Brandi tells us about high school student Tyler Hadley’s massive party. When Tyler first told his friends about his plan to throw a party, they were a little skeptical.Tyler wasn’t the party-throwing type. His parents were super strict. But Tyler was determined to throw a party, and that’s exactly what he did. Tons of kids showed up from all over the sleepy town of Port St. Lucie, Florida. They had so much fun that they didn’t notice that Tyler’s house was a crime scene.