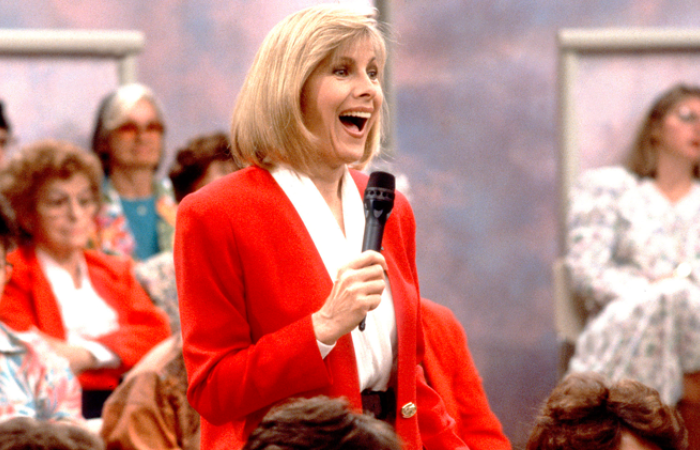 Brandi starts us off with a story that makes her skin crawl. Seriously. She dry heaved like five times telling this story. It starts innocently enough. In late 2007, Brian and Susan Trost bought their dream home. Their 2,400-square-foot house had gorgeous views of the Whitmoor Country Club’s lush golf course. Soon after they moved in, the Trosts gave their new home a deep clean. But not long after they’d cleaned the house, Susan noticed a spider web. She figured it was no big deal — she’d just missed it. But she figured wrong.

Then Kristin tells us about what is arguably the most controversial episode of any daytime talk show, ever. On March 6, 1995, the Jenny Jones Show taped an episode on same sex secret crushes. Scott Amedure was on the show to discuss his secret crush on an acquaintance named Jonathan Schmitz. Before Jonathan came on stage, Jenny asked Scott to describe the fantasies he’d had about Jonathan. Scott laughingly obliged. When Jonathan finally came on stage and learned that Scott was the one who’d brought him on the show, Jonathan seemed surprised. He told the Jenny Jones show that he was a heterosexual. All in all, the segment didn’t seem like much. Scott had a crush; Jonathan didn’t feel the same way. But then, three days after the taping, Jonathan bought a shotgun, drove to Scott’s home, and shot him twice in the chest.

In this episode, Brandi pulled from:
“Extreme case of brown recluse spiders drives owners from Weldon Spring home” by Susan Weich, St. Louis Post-Dispatch
“State Farm Was NOT There When This Family’s House Was INFESTED With Thousands Of DEADLY SPIDERS” by Eric Owens, Daily Caller
“Spider Man” by John Amick, The Pitch