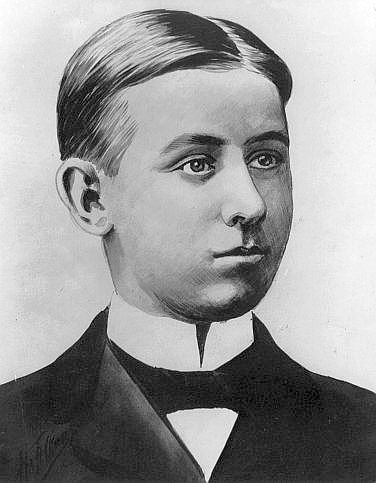 Episode 81: The Kidnapping Of Edward Cudahy & A Baker Who Refused To Make A Cake Explicit

Brandi starts us off with the old timey-est kidnapping of them all! It was the winter of 1900 in Omaha, Nebraska, and 16-year-old Edward Cudahy was walking home from a neighbor’s house. Two men pulled up beside him and lured him into their carriage. They’d chosen their target wisely. Edward’s father owned Cudahy Packing Company. He was a millionaire. He had more than enough money to pay their ransom. But would he?

Then Kristin tells us about a cake maker who didn’t want to make a cake. It was 2012, and Charlie Craig and David Mullins were in love. In fact, they were so in love that they decided to get married. That was a little tricky, though. At the time, Colorado prohibited same-sex marriage. But Charlie and David weren’t going to let legalized homophobia stop them. They planned to get married in Massachusetts and have a reception back in their home state. So they went to Masterpiece Cakeshop to order a wedding cake. There was just one problem. The owner of the bakery, Jack Phillips, refused to make cakes for same-sex couples.

In this episode, Kristin pulled from:
“In baker’s case, neither side has much reason to rejoice,” by Jennifer Rubin for the Washington Post
“Colorado judge orders Christian baker to bake gay wedding cake. Will he say no?” by Patrik Jonsson for the Christian Science Monitor
“Colorado cake maker asks Supreme Court to provide a religious liberty right to refuse gay couple,” by David Savage for the Los Angeles Times
“Supreme Court to take case on baker who refused to sell wedding cake to gay couple,” by Robert Barnes for the Washington Post
“Masterpiece Cakeshop v. Colorado Civil Rights Commission,” Wikipedia