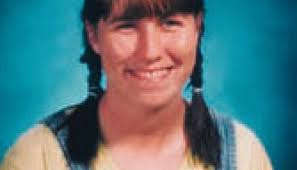 Episode 82: Holding your wee for a Wii & the Disappearance of a Troubled Teen Explicit

In the winter of 2007, the Nintendo Wii reigned supreme. It was cool, new, and impossible to get ahold of. So when the California radio station KDND-FM 107.9 The End announced their “hold your wee for a Wii” contest, 28-year-old mother of three Jennifer Strange signed up. She and 17 other participants went to the radio station, where they were given water every ten minutes for nearly three hours. As the contest went on, the participants ached with discomfort. It was entertaining radio. But concerned listeners called the station. They warned the DJs that the contest was dangerous. Hadn’t they heard of water intoxication? One DJ said that he had, but he wasn’t worried. The participants had all signed releases. No matter what happened, the station couldn’t be held liable.

Then Brandi tells us one of her strangest stories yet. It’s hard to know what’s true about Treva Throneberry’s complicated life, but one thing is for certain — she was a very troubled girl. When she was in high school, Treva sought the help of police. She told them that her father had raped her at gunpoint, and that when she’d tried to tell her mom, she’d just laughed. Treva’s three sisters doubted her story, but they didn’t doubt that she’d been raped. They’d all been sexually abused by an uncle. Surely the predatory uncle had gone after Treva, too. But before anyone could get to the truth, Treva vanished.

In this episode, Kristin pulled from:
“Woman dies after being in water-drinking contest,” Associated Press
“Jury rules against radio station after water-drinking contest kills California mom,” by Suzan Clarke and Rich McHugh for Good Morning America
“Radio station behind ‘hold your wee for a Wii’ promotion shuts down,” by Joon Chun for Chief Marketer.com
“Wii death case resolved,” by Patrick Kolan for IGN
“Trial over woman’s death in radio station contest to begin today,” by Andy Furillo for McClatchy-Tribune
“Jennifer Strange case finds end, Entercom forfeits license,” by Dan Morain for the Sacramento Bee
“No charges in radio contest death,” by Henry Lee for the San Francisco Chronicle
“Sue from Fiddletown took a stand in the public interest,” by Dan Morain for the Sacramento Bee