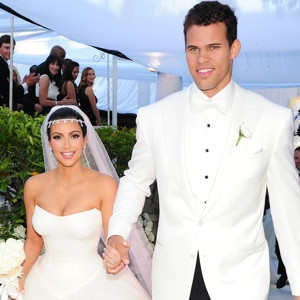 It’s divorce week! In this episode, we’ll talk about Kim Kardashian’s two divorces and we’ll hear about a guy who *really* didn’t want a divorce.

It was 1988 and Susan Walters was ready for love. So she placed a personal ad in the Willamette Week. Her ad read, in part, “SWF, 33, overweight but not over life, seeks SM who wants more out of a relationship than just “slender.” Her ad went on to describe herself as an adventurous, active health care professional. That caught the attention of Mike Kuhnhausen. The pair hit it off immediately, and were married a short time later. But over the course of many years, the couple grew apart. Mike’s negative outlook on life didn’t mesh well with Susan’s sunny personality. After 17 years of marriage, Susan asked for a divorce. But Mike didn’t like that idea.

Then Kristin wraps things up with the stories of Kim Kardashian’s two divorces. When she was just 19 years old and high on ecstasy, Kim and 29-year-old music producer Damon Thomas eloped in Las Vegas. Their marriage lasted just a few years. In documents that have since been made public, Kim alleged that Damon was physically and emotionally abusive. Damon denied physically abusing Kim. A few years later, Kim met NBA player Kris Humphries. The pair’s highly publicized, star-studded wedding drew international attention. But the wedding lasted just 72 days. The divorce, however, lasted almost two years.

In this episode, Brandi pulled from:
“A Hit Man Came to Kill Susan Kuhnhausen. She Survived. He Didn’t.” by Beth Slovic, Willamette Week
“Intended Murder Victim Has Her Day In Court” The Oregonian
“Woman Who Strangles Attacker Wins $1 Million From Estranged Husband” by Kathleen Glanville, The Oregonian
“Portlander Michael Kuhnhausen, who hired hitman to kill wife (she strangled him), dies in prison” by Bryan Denson, The Oregonian
“No Bigger Gamble” episode Who the (Bleep) Did I Marry
“Susan/John and Jean/Penny” episode I Survived