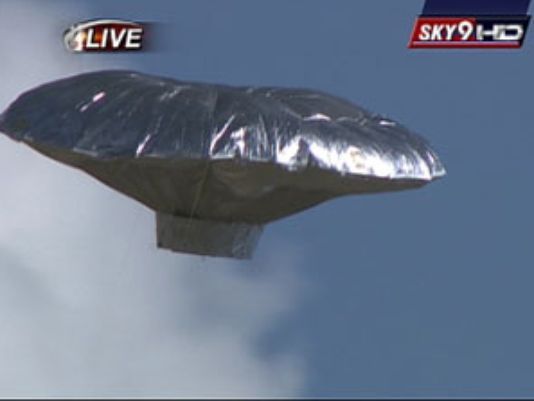 We’re celebrating April Fools’ Day with some of our favorite pranks and hoaxes.

Brandi starts us off by talking about Balloon Boy. This is the story of the six year old boy who floated off in his dad’s flying saucer. Or did he? This story captivated the nation, but if you’re anything like us, you’ll have forgotten like 95% of it.

Then Kristin talks about three pranks that ended in lawsuits. There’s the waitress who was promised a Toyota, but given a toy Yoda. Then there’s the civil servant whose co-workers duped him into thinking he had a looming deadline. The poor guy cut his vacation short. He even developed heart palpitations.

We end with a woman who spent five days thinking a criminal was stalking her. You’ll never guess who was behind the prank. Seriously. You’ll absolutely never guess. It’s insane.