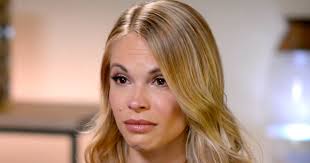 It’s time for another bonus episode! Monthly bonus episodes are available to members of the appellate court ($5) and SUPREME COURT ($7). To listen, join us at: https://www.patreon.com/lgtcpodcast.

Brandi starts us off with the disappearance of Taylor Behl. Taylor was just a few weeks into her first semester at Virginia Commonwealth University when she suddenly disappeared. Police found her car about a mile away from campus, but couldn’t find any trace of Taylor. They had leads, though. Taylor’s boyfriend broke up with her the night she disappeared. Perhaps there was a connection? A K-9 unit led police to the home of 22-year-old Jesse Schultz. Perhaps he knew something. And then there was Taylor’s new friend and amateur photographer Benjamin Fawley. Maybe he knew where Taylor could be found.

Then Kristin tells us about Playboy model Dani Mathers. It was 2016, and Dani was in the sauna of her local LA Fitness. She looked through the glass door and saw a nude woman preparing to enter one of the locker room’s showers. So what did Dani do? Well, like a total sack of shit, Dani took a photo of the woman. She captioned it, “I can’t unsee this and neither can you.” Next to the image, she spliced in a photo of herself laughing. Then she shared the image on Snapchat.